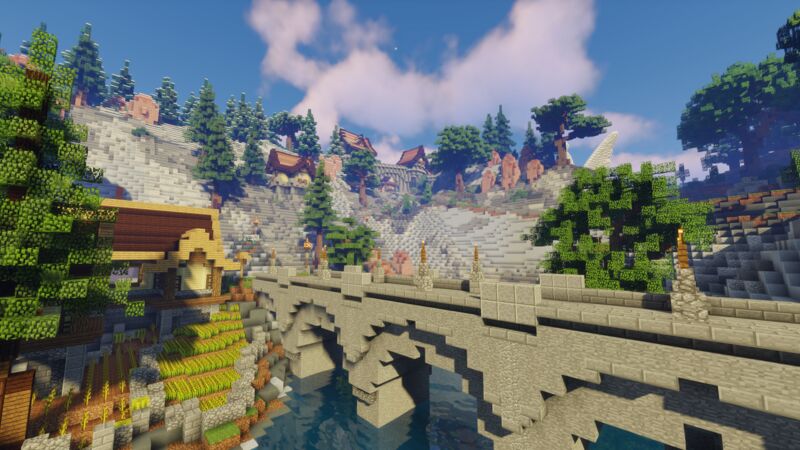 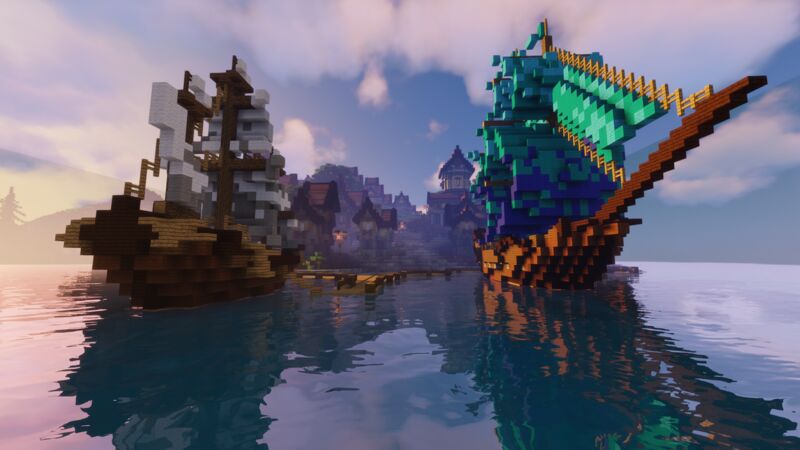 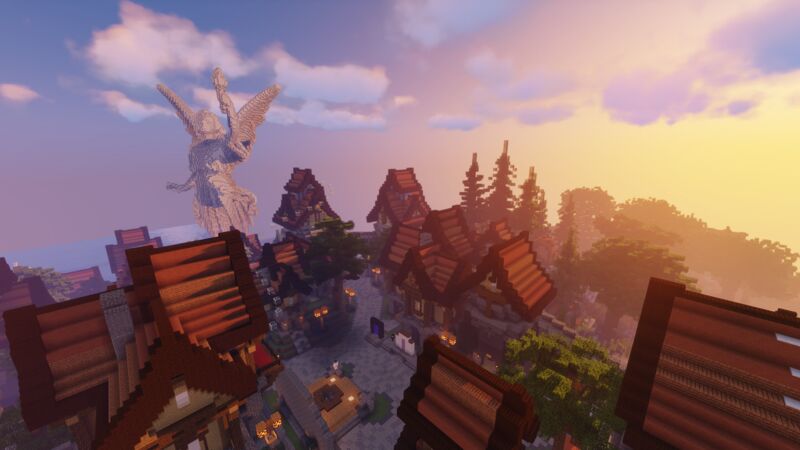 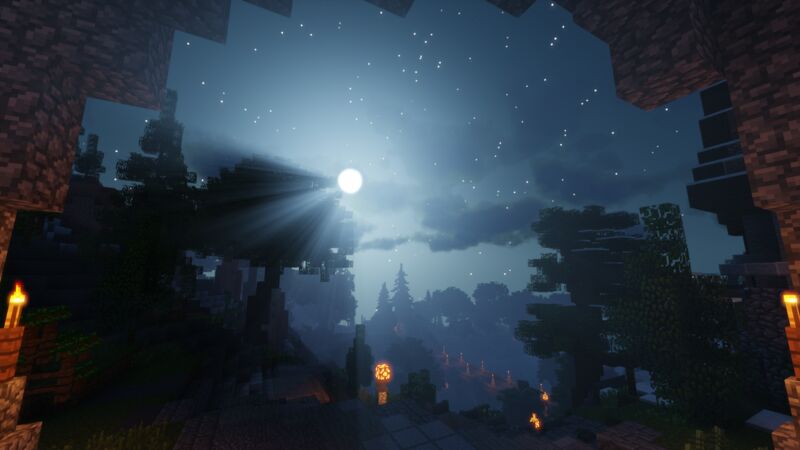 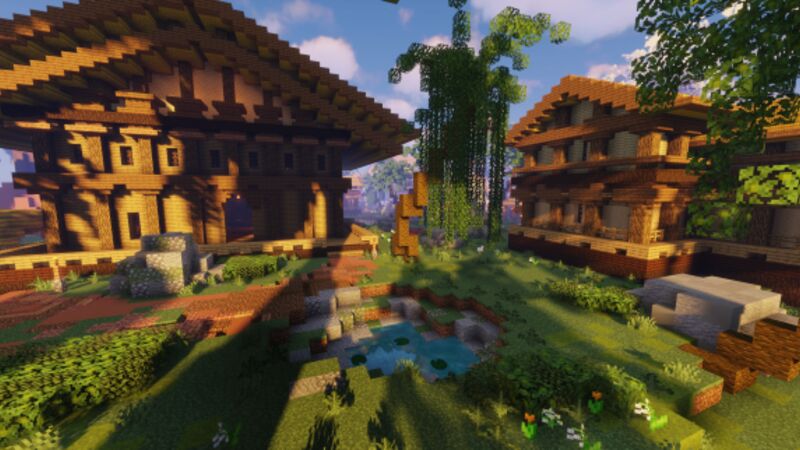 Hosted in Australia, LurgCraft offers a friendly community running on bleeding-edge server hardware. Full build protection is included, allowing you to enjoy your game without fear of griefing. We use dedicated server hardware, located in a tier 1 datacentre in Sydney, Australia. This guarantees us high speed (1Gbps), low-latency connectivity.

The SkyFactory pack is one of the best 1.12.2 skyblock packs ever to be created, and is enhanced with multiple server-specific customisations. We include island protection (with a nice big default island size of 256x256), chunk loaders (both online-only, and always-on), voting rewards, minimal banned items, and a ton of other customisations.

Our Survival world includes exciting features such as rank, pets, Blood Moon, quests, jobs, auctions, art competitions, claim protection, and much more. While you won't need a modded client to play on this server, the experience is far more interesting than standard Vanilla thanks to extensive server-side customisation.

Pixelmon runs the Pixelmon Reforged modpack, with an extensively modified and enhanced configuration that includes NPCs, trading, ranks, warps, and other fun customisation.

Prison is a fun combination of mining, farming, PvP and trading, with an in-game Auction House, server-provided market, player stores, plots and a fun ranking system.

We also host a Vanilla 1.17.1 world based on a re-creation of Earth itself! A world where players can conquer entire continents, explore the Amazon rainforest, or even recreate entire cities. This 1:1000 scale "Earth" is a whopping 36,000 x 18,000 chunks in size, and is gradually being expanded to include role-playing elements, quests, and adventures.

Our Lobby includes a number of fun mini-games and a large world to explore, and we plan to release several more packs in the near future. These expansions are driven heavily by our active community of players.

LurgCraft was created by a small team of Minecraft fanatics who just love the idea of playing on a server where everyone gets along. We were frustrated by the number of servers that struggle with basic performance issues, or end up having to ban all the interesting items, so established our own setup. So far we've been really successful in terms of server performance (average TPS on SF4 hovers around 19.9 most days), and there is a lot more planned for coming months.

add_circle Add Review
sentiment_very_dissatisfied
Owner acts like a bratty kid who thinks he owns the world. Just look at how he responded to my friend in the last review. Honestly can't even begin to understand his brain. He hostas so many servers but can't fix normal builds that me and ny friend made and calls them lag machines.

Please be better.
Posted 9th Oct 2021
sentiment_very_dissatisfied
Got banned for a week by owner because I did not wish for my island to be absolutely destroyed due to as he stated "intentionally causing lag" all while there weren't even more than just me and my friend online.

After my friend argued with the owner that his behaviour is extremely rude (I mean he started saying that he will delete stuff we worked really hard on getting) and me and my friend saying we are going to play elsewhere the owner decided to delete our island since as he said it's a waste of space.
The server replied:
No, you were banned because you actively set out to build a series of lag machines on your island, each of which was purposefully designed to disrupt server performance. When asked to downsize you were hostile, rude, and disrespectful to the staff trying to fix the mess you created. Your island was deleted as part of your permanent ban for attempted griefing.
Posted 4th Oct 2021
sentiment_very_satisfied
I'm new to lurgNet (Skyfactory 4) but, the staff have been friendly and this has always been one of my favourite packs. LurgeNet is the first modpack server i've player on with less than 100 ping (NZ). Really enjoying playing on the server so far, Will update in a month about my experience.
Posted 27th Jul 2021
sentiment_very_satisfied
Always great ping, and never had a bad experience :)
Posted 13th Jul 2021
sentiment_very_satisfied
To start off the review this server is new and without a doubt there will be changes made throughout its growth. For its current state, this is probably one of the most stable ive seen and true to the core. I am US based with an average ping of 240-260. Even with that type of ping, i see no delay in chat or even notice some type of lag. Unless if its someone causing the lag then thats different. For the server being AU, its about as good as its gonna get. Now, i can upgrade my ISP plan and have even a "better ping", somewhere around 200-220 but theres no need. Its a far server and sometimes our connection isnt that great. Oh well. It runs the same either way. When it comes to the staff team, they are friendly. They try their best to help. Although there are times where the staff isnt in-game, they will respond to your question via discord or through a ticket system. Development wise it is well organized. Cant wait to see what this server has planned for the future.
Posted 8th Jul 2021
sentiment_very_dissatisfied
Leaving review because instructed by owner to do so as seen here: https://ibb.co/yWw4w1J

Owner seems to compare people to "grumpy people" when they complain over bad ping even though he states this in the server description:

"This guarantees us high speed (500Mbps), low-latency connectivity that suits pretty much the entire world. Ping times for US players are as low as 200ms, which is far lower than servers hosted in Europe!".

While I have no problem playing on European or American servers but get over 300 ms delay on this server.

I don't recommend.
The server replied:
That's funny, because you're still playing here. It's cool, I don't mind a negative review, but you gotta take into consideration the speed of light. You're playing from Belgium, on a server located in Australia. It'd be pretty tricky to get the ping for you down below 250-300 at that distance. I'm sorry to hear you didn't like my friendly suggestion to "chuck a review up" either. Best of luck finding a closer server - happy to suggest a few if you like.
Posted 7th Jul 2021
sentiment_very_dissatisfied
Nobody wanted to play with me and I had really bad ping from Spain. I no suggest.
Posted 19th Jun 2021
sentiment_very_satisfied
These servers are based in Australia, but even in the US (Texas specifically) I get 150-200 ping on average. Honestly the ping is better than some US servers I have joined. So far playing skyfactory has been a fun experience
Posted 18th Jun 2021
sentiment_very_dissatisfied
400+ ping to Canada... Unplayable
Posted 10th Jun 2021